David R. McSemek is a senior vice president of investments in the Dayton office of Smith Barney, the nation’s second largest retail brokerage firm. A Certified Financial Planner, McSemek previously served as resident manager of Smith Barney’s Dayton Branch until 1996. He also is a member of the firm’s Alchemist Club, a group of leading investment management consultants. Away from work, McSemek has served on the board of trustees of United Rehabilitation Services, and also is active in the Dayton Boys/Girls Club. McSemek was recently inducted into the WSU Hall of Fame for his tennis prowess. He remains involved with Wright State, fundraising for the new Raj Soin Trading Center for the School of Business. McSemek and his wife Sandy reside in Beavercreek with their four children. 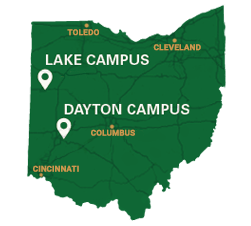